Long:
So I had no idea what to expect. All roads are supposedly West Virginia "state roads."

I got my bike cleaned up at the bike shop, new cables, new hanger, new rear derailer.
I figured it was an early jump on the cross season... right?

Then somebody was like "yeah until it is wrecked again at the end of the day." I didnt believe that it would be super gnarly.

The race basically unfolded like a horror movie. There were like 8 of us, then the course grabbed a few and killed them. Some dude stacked it crazy hard through the mud, and Gunnar flatted. Then we kept running. Then Pflug cracked his rim on a gnarly hole, and flatted. We kept running. My shifting broke and they kept running. Gorski flatted and the two leaders (Mihalik and Ruggs) rode away. I hope they have some sort of survivor's guilt.

The race was super well done. Of all endurance events I have done, I believe it was the best marked (coming from a dude who gets lost a fair amount). The Iron Cross is a close second, but I remember there being a panic moment during that race where I was convinced that I was lost.

Everybody should check the event out, its pretty rad. 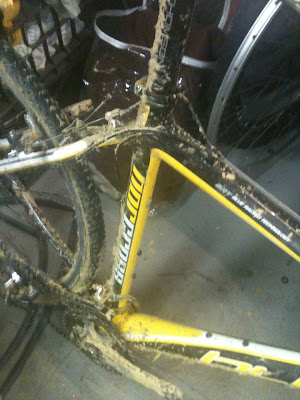 My bike before. Muddy and needing lots of work. 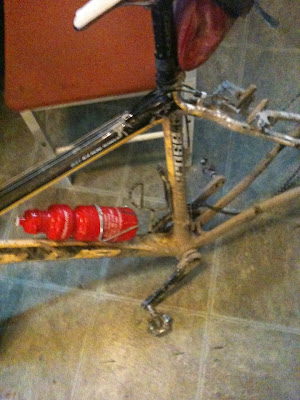 My bike after. Muddy and needing lots of work.
Posted by steevo at 9:28 PM 2 comments: 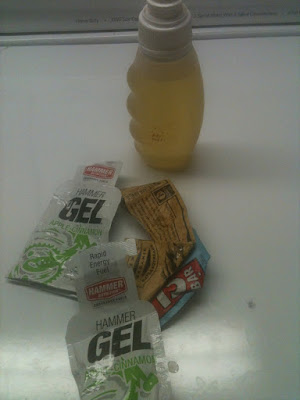 So we got this washer when we bought the house. There is just two of us, and I have been a dirtball until I got a real job this year, so the washer gets minimal use.

However, between cyclocross, mountain bike racing other bike related stuff, I think it is getting pretty beat up. Here is a photo of everything I found at the bottom of the washer after doing a load from this weekend's Tour of Washington County stage race. How the eff did I not use that hammer flask during the race? How was it still in my pocket? It seemed good to go, so I will just reuse it this weekend. I hope that doesnt cause me to die or anything.

I dont know where the other wrappers come from. I freaking check every pocket and sure enough with each load there are more clif shots and hammer packets than I remember eating during the race.

My mind is playing tricks on me.
Posted by steevo at 4:01 PM No comments: